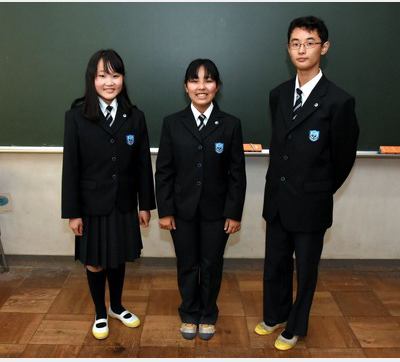 Almost all schools in Japan have their own uniforms. Each school has strict uniform rules, but many students still enjoy rearranging their uniforms while still “following” the uniform rules. (I really hate the uniform rules because it doesn’t make any sense.)

According to Yahoo! News Japan, Taiyo Middle School in Hiratsuka City Kanagawa, Japan will allow female students to wear pants from April, 2018. The principal deeply thought about stopping the distinction between female and male students. For instance, it is common in Japan for girl names and boy names to be on separate name lists, but Taiyo Middle School put them together. The principal is trying to remove the stereotype that female students wear skirts, and male students wear pants because the principal heard that, in a nearby school, there is a LGBT student who is struggling with wearing school uniforms. However, LGBT students are not the only issue. Winter is very cold in Japan. If female students are allowed to wear pants, they will be warmer in winter, and wearing pants are more practical for students who ride to school by bicycles.

Some schools allow female students, who identify them self as males, to wear pants. But some schools don’t. Taiyo school will give the choice to female students to wear their uniforms with a dress or pants. For Japan, this is an epic move.