There is an old woman who is a very famous amateur photographer. Kimiko Nishimoto, 89 years old, has taken photos since she was 72 years old. Her selfies got very popular because they are very unique!

Her son holds photography classes. His student brought his photos to Kimiko and her son’s  house. Kimiko and her friend were viewing his photos and Kimiko said ” Wow, nice photos!”. Her friend said ” You should join the photo class too! I’ll pick you up tomorrow, so let’s go to the class!”

The next day, her friend came to her house to pick her up. Kimiko couldn’t say “NO”, so she had no choice but to attend the photo class.

At the class, she was worried about bothering other people because she is old.  She never touched a camera. She didn’t even know how photos were made. Her husband loved taking photos. When Kimiko told her husband that she was starting to take photos, her husband said “What!” with an angry face. There was no reason for him to get mad at Kimiko, but he definitely was angered.

She didn’t know how to use a camera, except to push the shutter. Her photo class peers taught her how to use a camera. After 2 years since taking photography class, the photo class got iMacs. Her classmates were talking about photoshop classe, so she decided to take photoshop class. Later, she took many classes. She used to have a blog, made 15 seconds commercials and had a website.

”Until I try, it is too early to judge if I can or cannot. I can’t do anything if I’m afraid to fail. I learn from failing.”

She is 89 years old. However she is very energetic. She said, “I’ve never thought that I am a senior citizen’ “I like cigarettes, sugar, alcohol and going out at night. Haha”  (BuzzFeed, 2018) 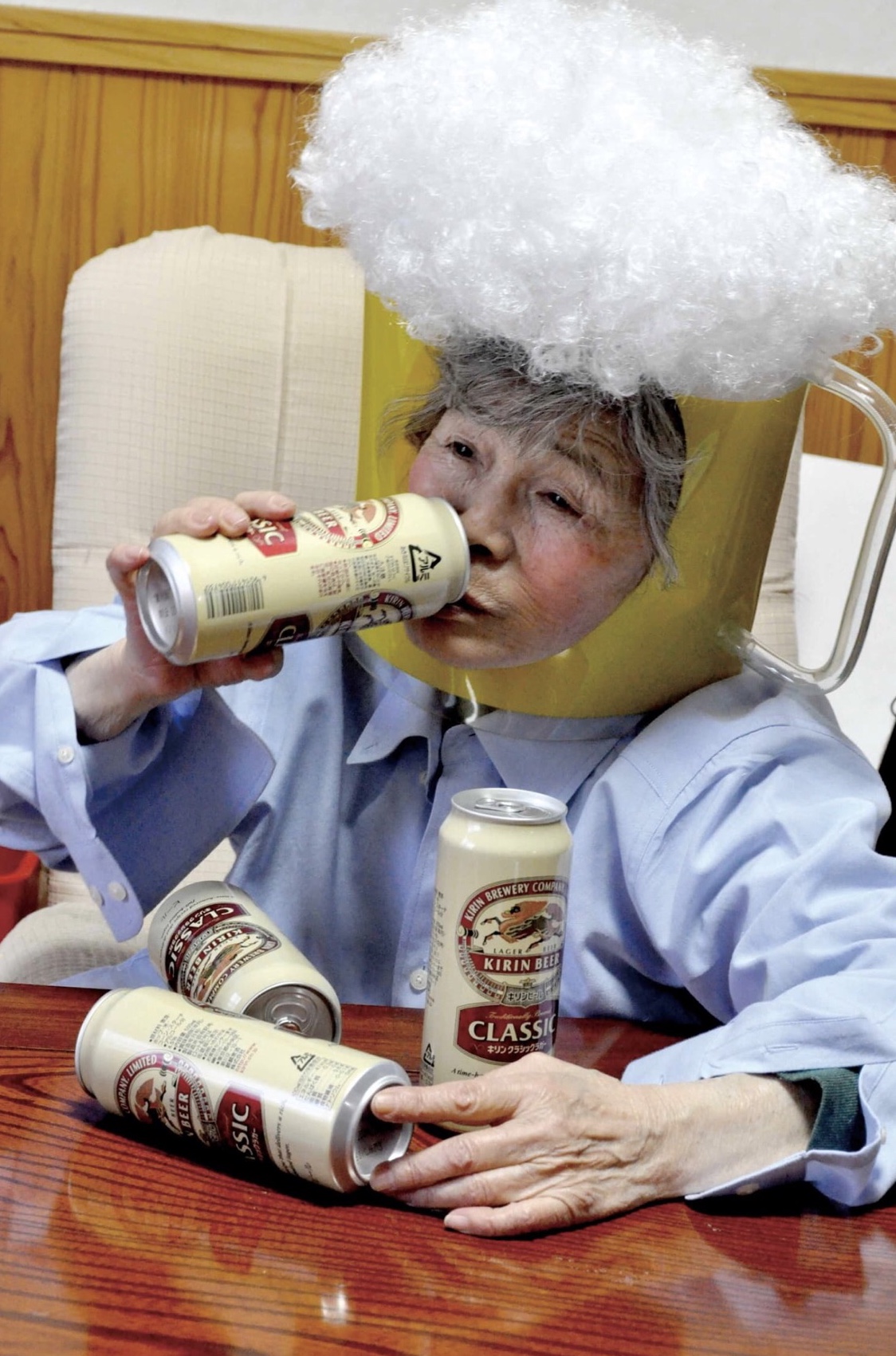 She is my hero. She enjoys her life no matter how old she is, and her photos are so interesting and funny! They make people happy. She has her official facebook page.(https://www.facebook.com/kimiko.nishimoto.official/) It is written only in Japanese, but you can see her photos.